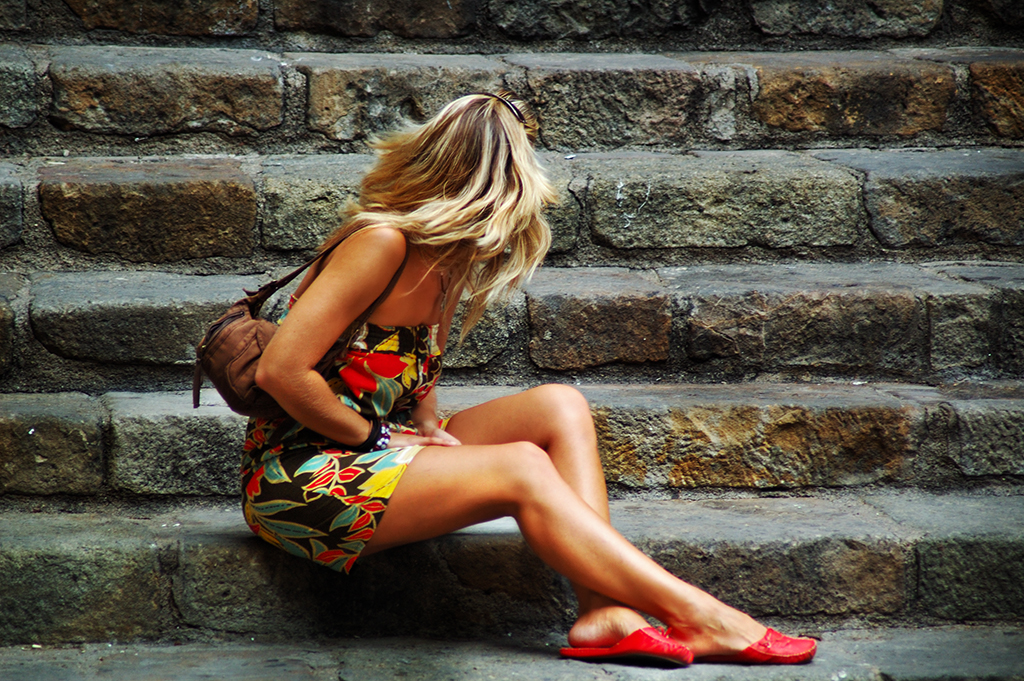 I was trying to think of a better title for today's post. We were standing on Plaza del Rey waiting for the steps to empty and sit for a group photo during Europe Photobloggers Meetup 2008. A man, obviously her partner, was taking pictures. We were camera in hand, more than 30 considering how many we were and some of us started shooting over the man's shoulder.

To keep her identity unknown I decided to include this one with her head turned up. So I reckon all the attention deviates to her beautiful dress and legs. I have to say that this subject made me recall some interesting comments under another photo including legs at Chromasia. We were having an argument on whether a picture of just women's legs is somewhat degrading. Of course I haven't changed my mind. Legs are just legs and if beautiful they are to be admired.
Posted by Carlos Lorenzo