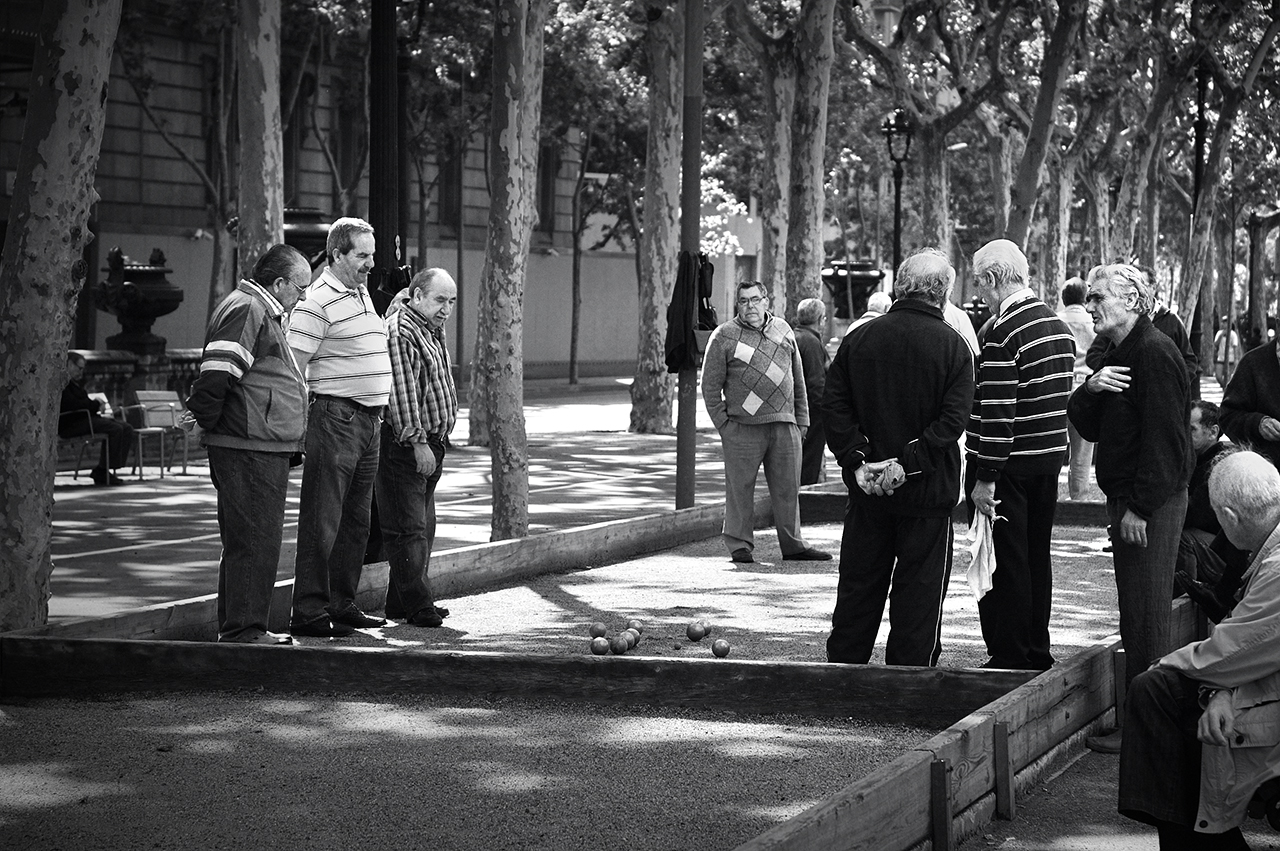 According to wikipedia: 'Pétanque (French pronunciation: ​[petɑ̃k]; Occitan: petanca [peˈtaŋkɔ]) is a form of boules where the goal is to toss or roll hollow steel balls as close as possible to a small wooden ball called a cochonnet (literally "piglet") or jack, while standing inside a circle with both feet on the ground'

This as you know is quite common in Catalonia and I have covered it in a previous post.

I like the fact they are standing in groups and they are quite concentrated in the strategy of the game.
Posted by Carlos Lorenzo