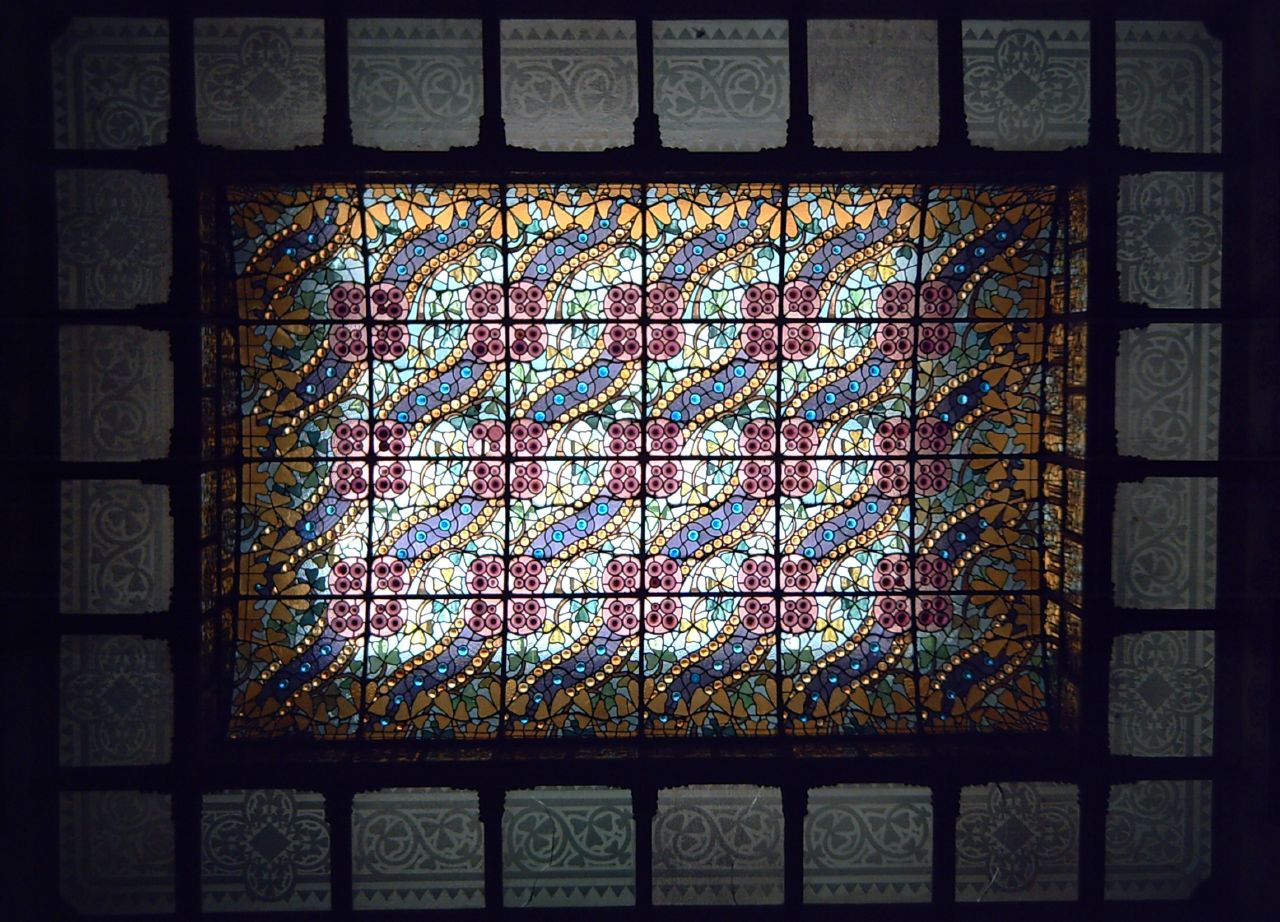 This is the stained glass ceiling of Casa Amatller, a modernist house at Passeig de Gracia 41 next to Casa Batlló and Casa Lleó Morera , three buildings so different in style that their block got to be called Illa de la Discòrdia (Block of Discord).

Built in just two years (1898-1900) by architect Puig i Cadafalch, Casa Amatller is inspired in Catalan and Central European Gothic but it is predominantly Modernist.

Remember that Josep Puig i Cadafalch was the same architect that designed Casa de les Punxes, Casa Macaya, Casa Serra among many others.

This picture was taken from the hall at the main entrance (visits are not allowed in the house). If you ignore my awful framing you can admire the elaborate stained glass work.