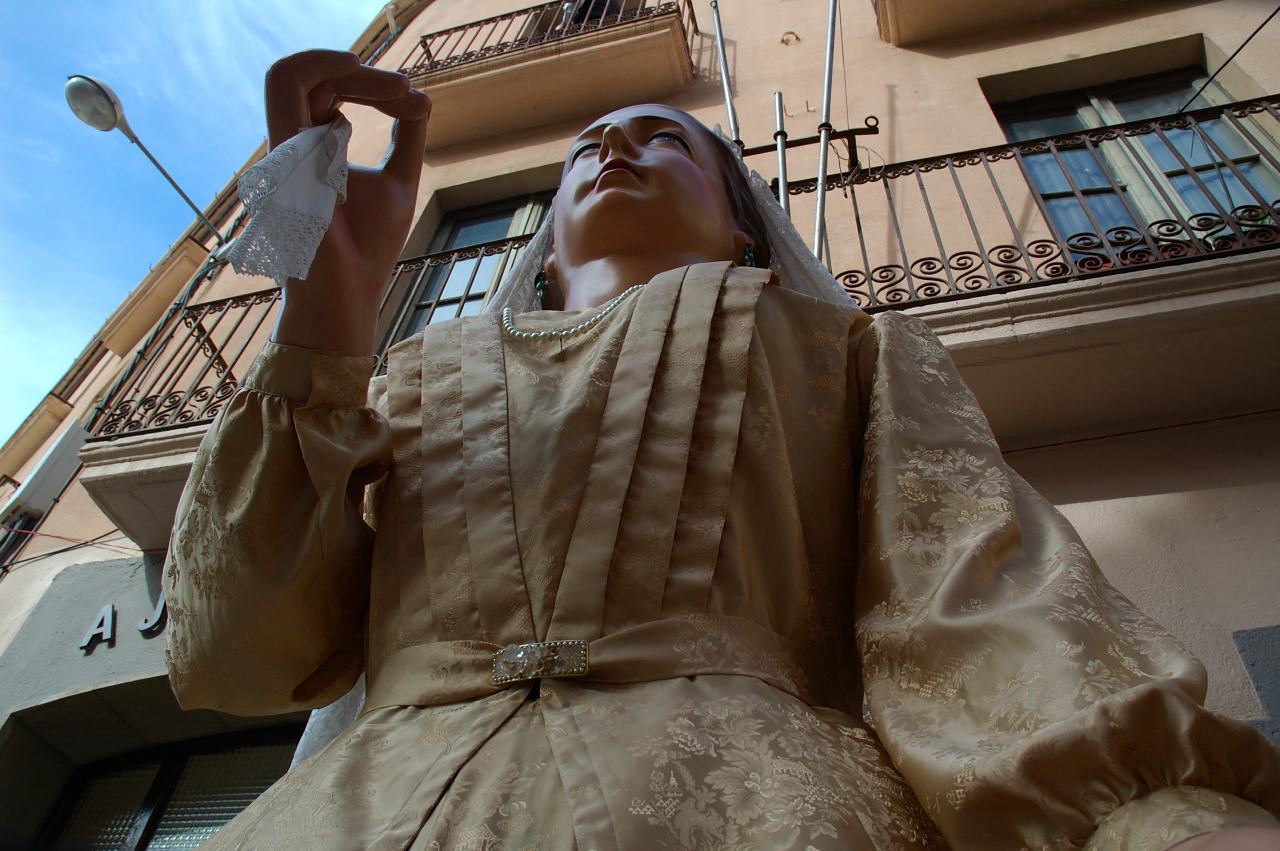 You probably have seen them in pictures. They are omnipresent in our traditional celebrations making children laugh or panic. They are the giants (gegants - cat.). I can never tell which character they represent. Women mostly represent queens, princesses or important ladies and men may be kings, catholic or moor but also just warriors. Of course you can find all sorts of other characters such as peasants, old people...Some say they are documented as far back as the XIV century, and that they first appeared as male characters. Later came women in the XVI century (discriminated as usual). Giants are made of papier mâché, sustained by a frame of wood to raise it from the inside. Carriers are organized in groups or associations called colles. Remember that there are also small figures called capgrossos (big heads - literally.) This picture was taken just in front of the town hall (ajuntament) at Monistrol de Montserrat. If you want to see them in action check this wonderful videos: Gegants at YouTube
Posted by Carlos Lorenzo