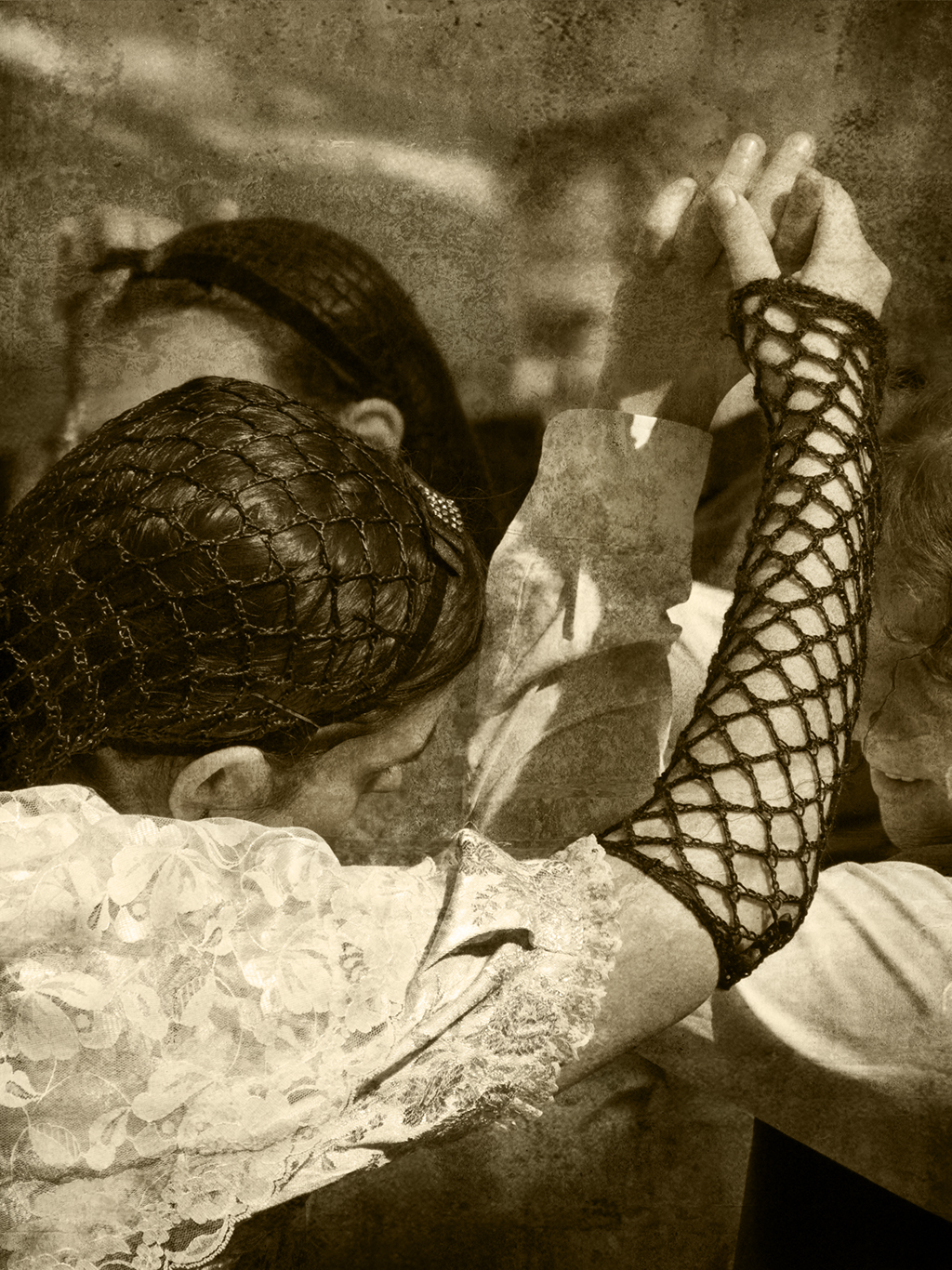 Some time ago families with no sons considered their first born daughter to be their heiress. In case there were several daughters, the pubilla, as so was called the heiress, would keep three thirds of the family's patrimony leaving the rest for her sisters. She had the right to change her descendants' last name in order not to lose their family name. At the same time, if the child was male he was automatically considered to be the hereu (heir). Nowadays although the tradition is gone, cultural organizations in Catalonia support the appointment of pubillas and hereus to officially represent their town in a symbolic way. The chosen ones participate in public activities as such and it is really an honor for them. Being a pubilla or an hereu only happens once and it will last just one year. As to my image which was taken in Monistrol de Montserrat near Barcelona, I would like to say that I was fascinated by the pose, the arm, the fishnet gloves (mitenes) and the hair net (gallana). These two elements are also part of the traditional Catalan dress so they may be just dancers but I wanted to talk about Catalan traditions. I hope you like the old photo effect to give it some historic mood.
Posted by Carlos Lorenzo