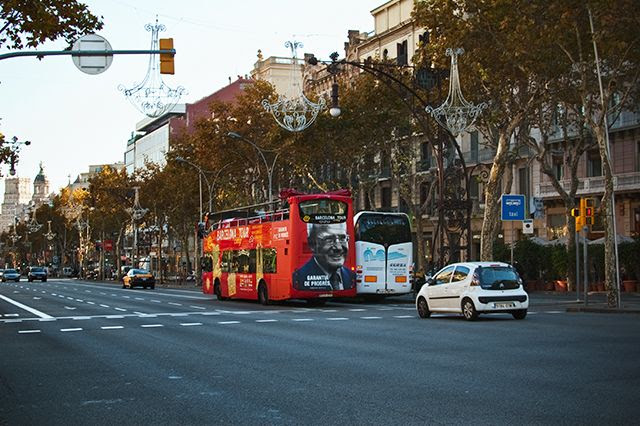 November 28th, 2010, Sunday morning, Catalans wake up amidst the fanfare of parliamentary elections time. Global crisis effects and the polemic ridden mandate of the Tripartit a triumvirate of left parties composed by Partit Socialista de Catalunya (Socialist Catalan Party), Esquerra Republicana de Catalunya (Republican Left of Catalonia) and Iniciativa per Catalunya Verds (Initiative for Catalonia Greens), clearly create a general apathy atmosphere among voters although many are conscious that polls favor perhaps conservative and centrist nationalist party Convergència i Unió (Convergence and Union) according to some sources, something that obviously content their electorate but not opponents who fear abstention will incline the balance even further. One thing is certain, as usual, Partido Popular (the right), may be punished yet another year because of their lack of vision and understanding of the Catalan reality. Today, 135 seats will be disputed amongst 39 candidatures in Catalonia, but only a few (about 8) have real possibilities to get seats. Once the Parliament is created, the new President of the Catalan Government will be elected. This Sunday morning we will certainly say goodbye to the left coalition as even in case of victory, its members are reluctant to unite again, and perhaps we will have to say farewell to PSC and President Montilla (the face on the back of the tourist bus in the image above), the scapegoat in these turbulent times of crisis. From my personal point of view, non of the opponents can offer a credible program and I do not think they will or are able to approve laws that get us out of this mess. Some of them give me the creeps like CIU and some others give me the creeps and make me wanna puke like PP, with due respect to their voters who obviously are free to choose. Being myself on the left side of this equation I sincerely have no idea what to vote but I shall vote anyway for fear of what my abstention would bring. Everybody please vote! By the way, famous soccer match FC Barcelona - Real Madrid that was supposed to be played this Sunday is to take place now on Monday due to the elections and at least a majority of us will agree in one thing, supporting Barça!
Posted by Carlos Lorenzo