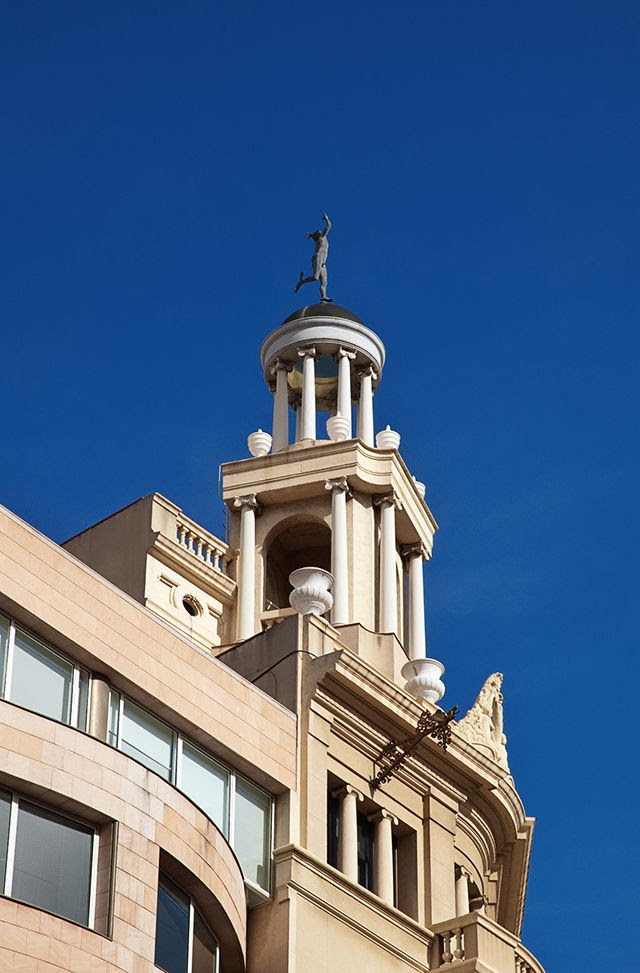 As seen from Rambla Catalunya, one of the two Hermes sculptures on top of old Banesto and Caja Madrid building watching over Plaça Catalunya. The Greek god of commerce, eloquence, invention, travel, and theft!, messenger of the other gods, used to be a symbol of those times in which people believed in trade, markets and banks but now looks sad and doomed to abandonment. Yes, this is the same building (shown in this previous post) that recently was occupied by members of an anti new world order group. Built from 1942 to 1947 by Eusebi Bona Puig, and specially distinguished by its austerity from an architectural point of view, Banesto building or Banco Español de Crédito is no match to another building by the same architect like La Unión y el Fénix at Passeig de Gracia. I've seen both Mercury statues a thousand times and never paid much attention to them. I think I was more interested in the blues skies and a brighter future.
Posted by Carlos Lorenzo