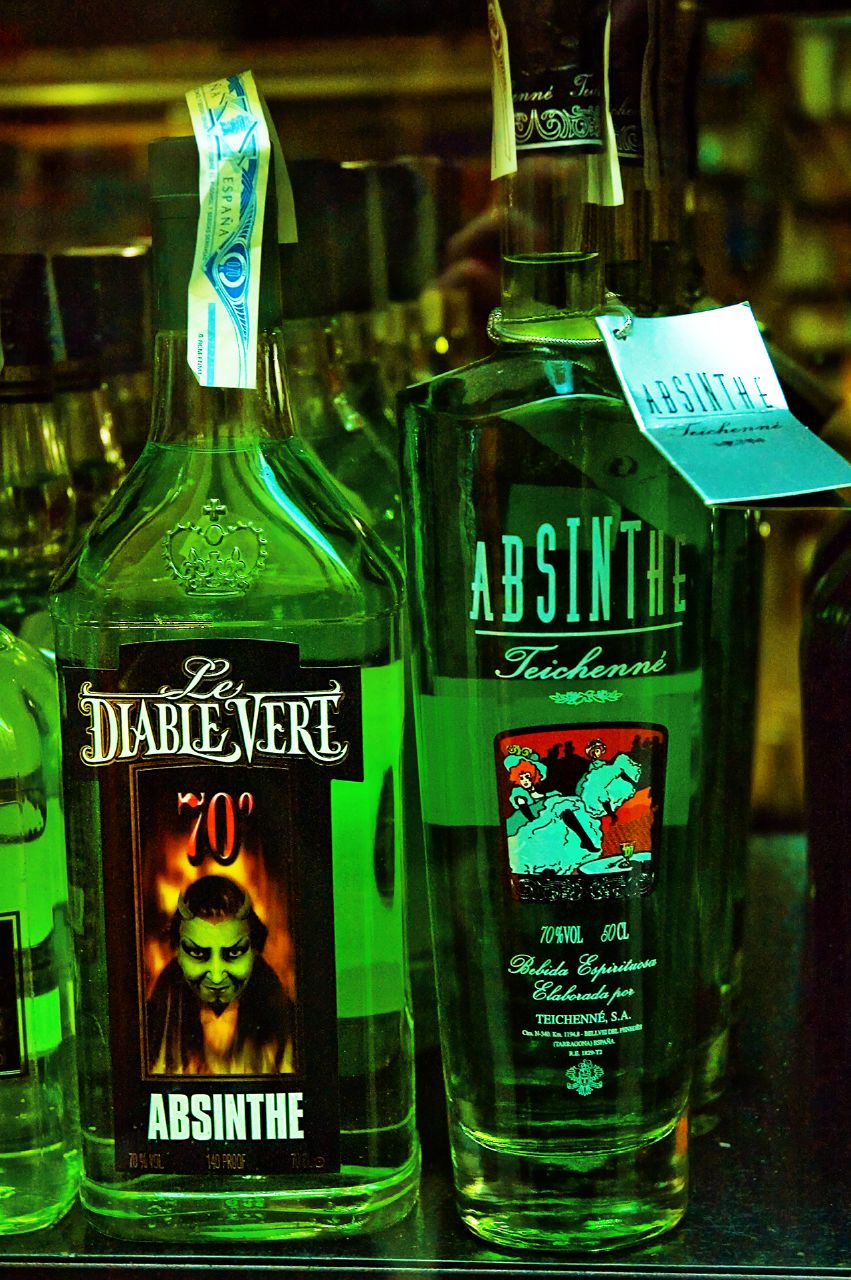 How odd can a post about Barcelona be? How can you relate every single image you capture on those streets with the city? Well, sometimes it really gets tough. Of course you can always mention the place- carrer Princesa to be exact - and the neighborhood - Barri de La Ribera (next to Barri Gotic) -. But how do you make a liquor store pop up in the middle of the story? I don't know. I just wanted to take a picture of that little devil on the label of that Absinthe bottle, I just wanted the emerald colors of that spirit in my picture. Fortunately, it turned out that Absenta has a lot of history behind, that it originated in Switzerland, that it was some kind of elixir depicted as as an addictive, psychoactive drug in the XIX century and extracted from Absinth Wormwood, a medicinal plant. It became very popular in the Parisian district of Montmartre so it is commonly associated with artists. It was banned in the USA and Europe in the 20s and manufactured again by the end of last century. So you see, it is trendy, you can buy it right now in Barcelona, it was related to art and I could show it. I can't believe my luck. I just wanted that little green devil after all!