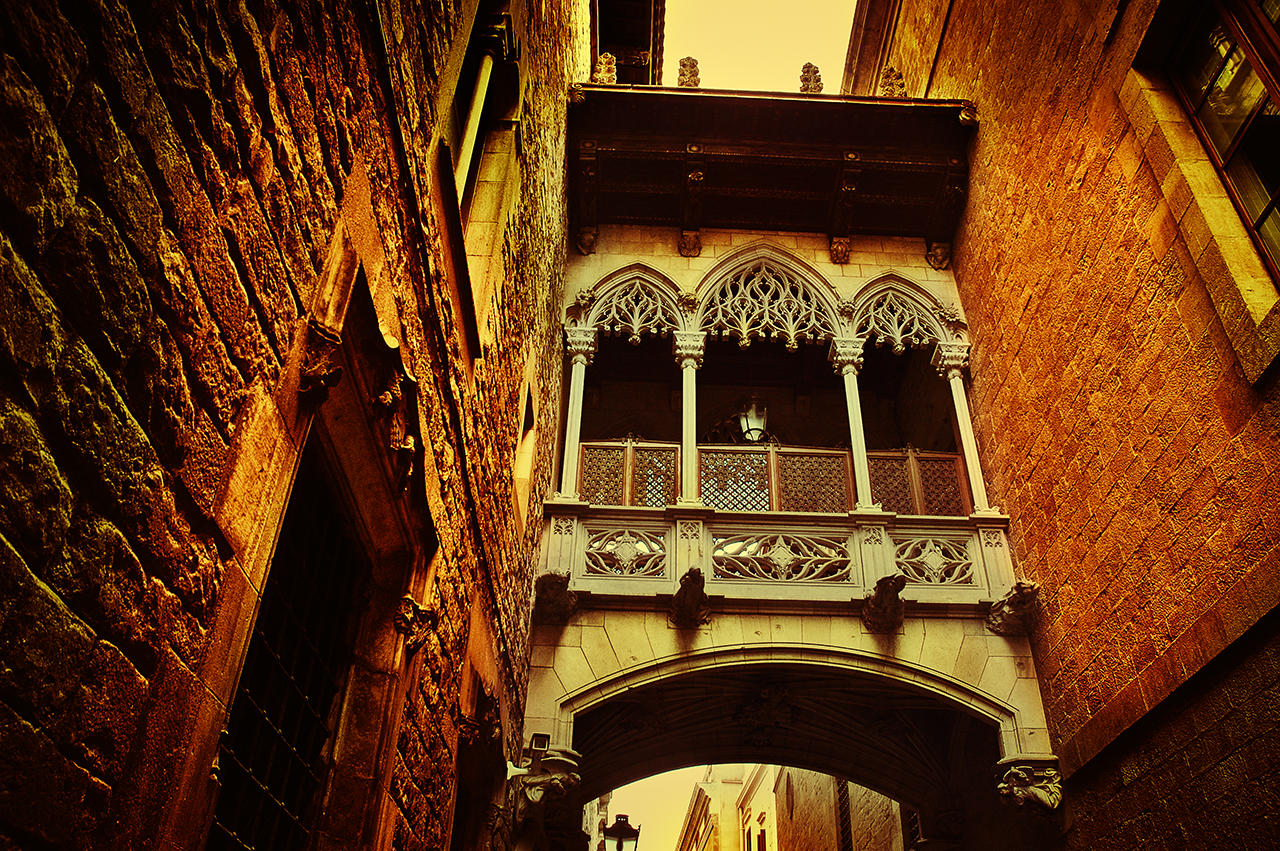 Casa de los Canónigos o Casa dels Canonges (Canons' House) at Bisbe Irurita street and next to Sant Jaume square is a XIV c. Gothic building restored in the 1920s by Rubió i Bellver and Jeroni Martorell. It was then that neogothic elements were added to the original building like this bridge connecting Palau de la Generalitat premises with the above mentioned religious house that until 1980 used to be the Official Residence of the President of La Generalitat. Jordi Pujol, the first elected Catalan government president after the 1978 Constitution discarded the house as private residence and so have done his successors.
Posted by Carlos Lorenzo