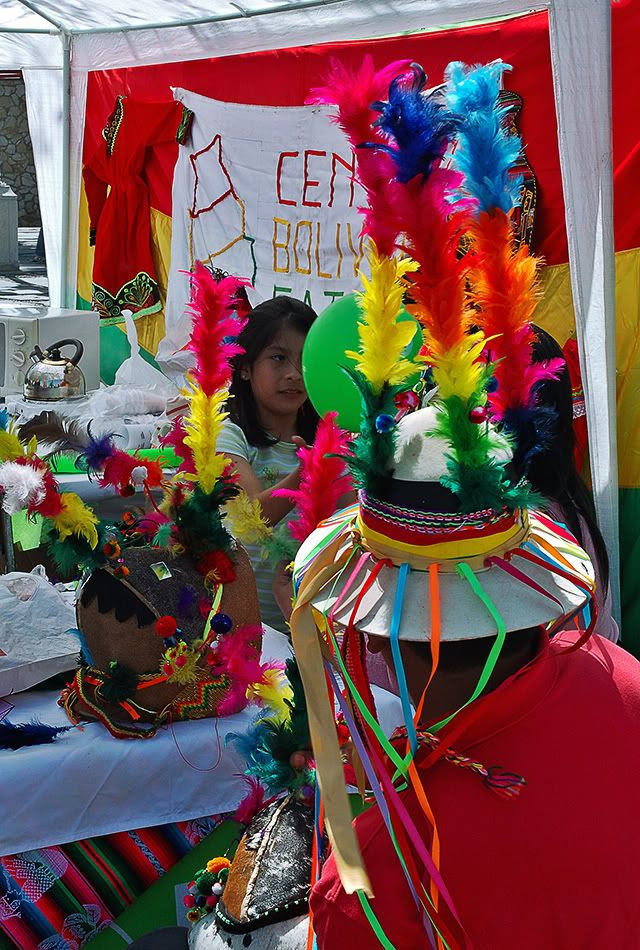 At Moll de la Fusta (Barcelona Port, Spain), there are these occasional parties organized by interracial non-profit agencies that we city dwellers tend to visit out of pure curiousity at first and enthusiastically once you get addicted to. There's the usual inexpensive exotic food offer which in many cases is the luring part of it believe me, at least for many people, let's not be hypocritical, and then there's the leisure side, particularly for parents who can't find a better place to take their kids that really satisfies them both and finally there's the integration side which originally was supposed to be the first one. At least this is the way I see it although "committed" citizens might openly disagree. Wouldn't it be better to give immigrants other kinds of opportunities rather than selling feather hats they don't wear anymore, I mean this is like selling tomahawks and rabbit paws. You have to say that the hat is beautiful and that unfortunately many people in the world have to sell traditions as if they were souvenirs for a living. I don't mean to be radical, of course, there are many color shades as in the hat.
barcelona barcelona+photoblog barcelona+photos barcelona+pictures barcelona+photography barcelona+images nikon+d70s
Posted by Carlos Lorenzo