Barcelona Photoblog: The Bat in Colonia Guell At The Secretary's House

The Bat in Colonia Guell At The Secretary's House 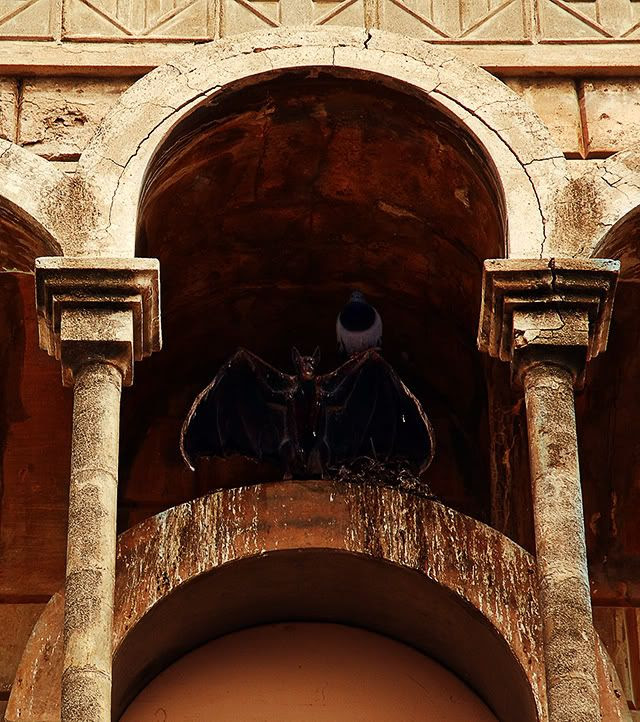 This is a bat, a symbol that was part of Güell family's coat of arms, and on top the omnipresent pigeon, that seems to be some sort of evil partner watching me from his master's shoulder, sorry, wings. She may not harm anyone but she did cover the historic figure with all her glorious s***. The house, belonged to Colonia Guell's secretary (remember Colonia Guell was an industrial estate in Santa Coloma de Cervelló, near Barcelona). It was founded by Eusebi Güell i Bacigalupi in 1890. Güell was a wealthy man and his wife Isabel López Bru, was the daughter of Antoni López i López, first Marques of Comillas who was also a very rich man. Güell ran important textile factories in Barcelona but those were hard times for the sector. To be competitive, especially with the British industry, workers had to produce more for the same money or less. So people started to get organized and to claim for their rights and Güell decided to build a better place out of the city where workers could live around the factory and integrate themselves more in the company. He managed to do so for some time but trade unions and their claims arrived to Colonia Güell in the end.