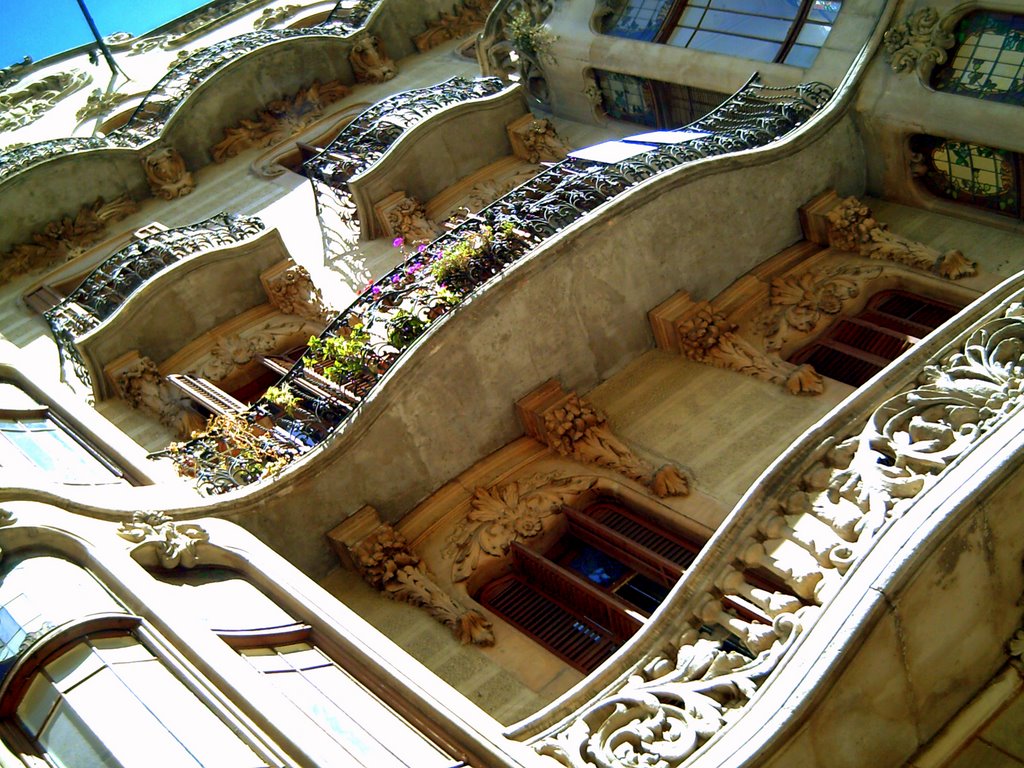 Passeig de Sant Joan together with Carrer Aribau, the Rondes and Avinguda Diagonal mark the boundaries of the so called golden square or Quadrat d'Or the exclusive area of the Eixample where most of the modernist buildings are and whose core is Passeig de Gracia; why so many?, well, at the beginnings of last century the Catalan middle class moved from what is nowadays the old part of the city to the Eixample and as a result of their vanity and well doing architecture burst up. Though not so impressive as its neighbors, Paseo San Juan shows off houses with spectacular balconies such as the one in today's picture. Its like watching the waves of the sea or a billowing flag.