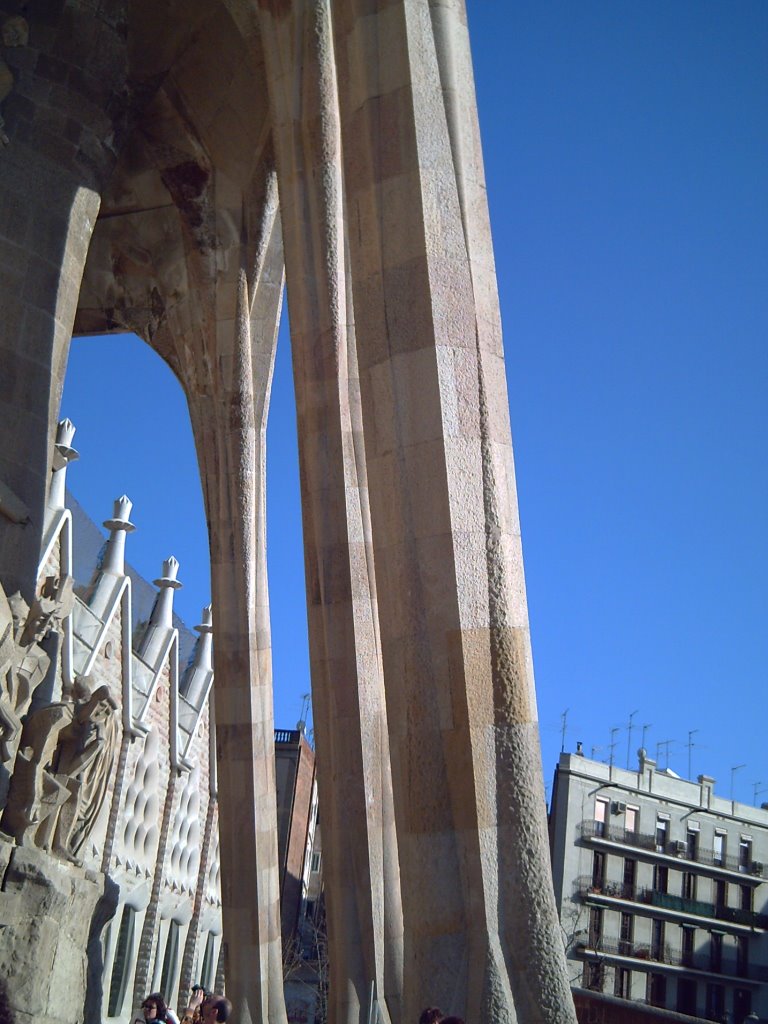 Architecture imitates mother nature sometimes when it comes to capricious forms defying the laws of physics. Imagine a huge tree with a thick trunk and a heavy load of foliage on top. Picture yourself taking a closer look to its base: a dense labyrinth of arched roots that know nothing about calculus, geometry or physics deadening the enormous weight, spreading the charge and making a bigger base. Now take all that draw it on a plane without Autocad or Maya. Don´t get scared, you can´t but Gaudi did. He didn´t invent the buttress and prop systems as they were widely used in cathedrals before but he took it to a mathematical perfection. I already have this image published at Flickr but I wanted to share it with you that appreciate art and are eager to know more about each other's cities.
Posted by Carlos Lorenzo