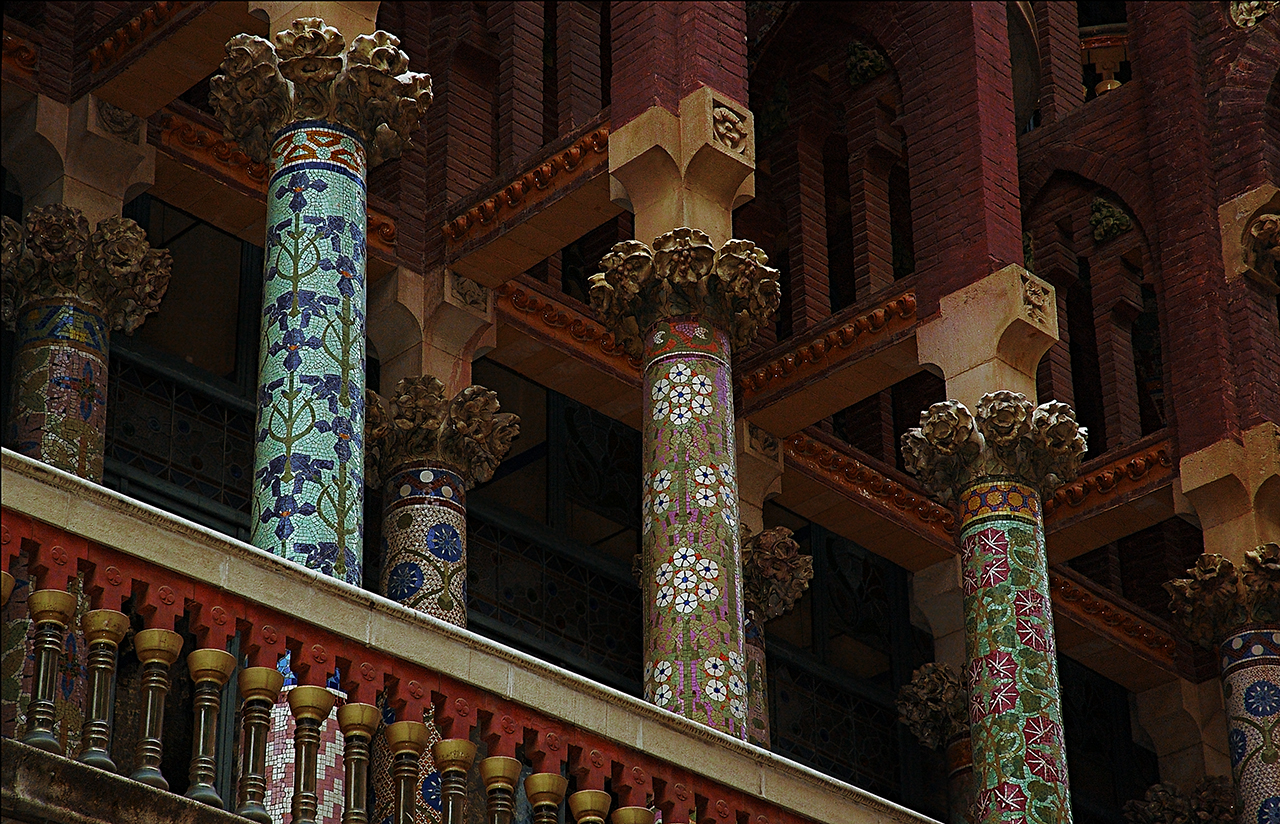 The Palau de la Música Catalana built by Lluís Domènech i Montaner between 1905 and 1908 and declared a "World Heritage Site" by UNESCO in 1997 is considered one of the pillars of Catalan Art Nouveau or Modernisme.

In times of industrial expansion, growth of the local bourgeoisie and increasing opposition to Castilian rule a movement of artistic revival or Renaixença comes to life.

This sort of "anxiety" about being modern, inspired by France and other European cultural powers, became a generational fight to detach from the conservative society still anchored in the imposed manners of the early eighteenth century Bourbon dynasty.

By the way, many of you already know that it is almost impossible to frame this façade properly as the Palau is surrounded by narrow streets like Sant Pere Mes Alt  thus the odd angle.

If you manage to climb on top of the neighboring buildings and take a good picture just let me know how you did it!