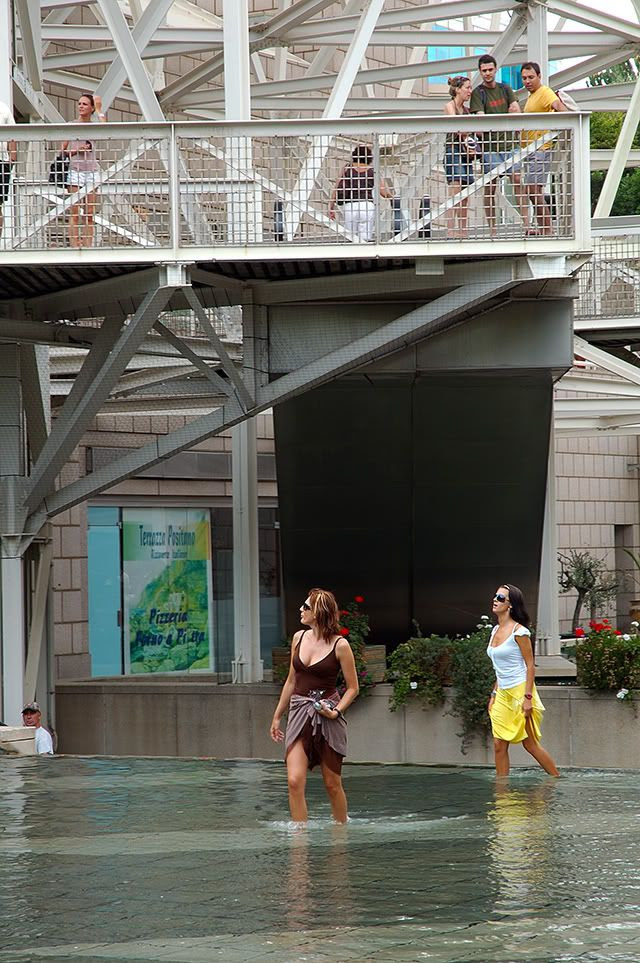 Right under El peix d'or (Gold Fish) metallic sculpture, by Frank O.Ghery next to Hotel Arts, there is this small artificial pond or fountain where it has become customary for people to wade so as to alleviate the effect of the hot temperatures. In fact you generally see tourists doing this as they apparently are more affected by the humid weather in Barcelona. Not that I am against people relaxing by the fountain, not at least if you can admire living sculptures like these every now and then, but the heat, the sweat, the shabby appearance of a whole day by the beach (close by) and the massification of this area create a sudden feeling of being part of a surrealist dream, you know, with mirage effect included, thirst, dampness, a somewhat sick atmosphere that doesn't disappear till the next fall. I am exaggerating of course but those of you who have been here in the summer have gone through similar trances more than often. As you see there are pros and cons.