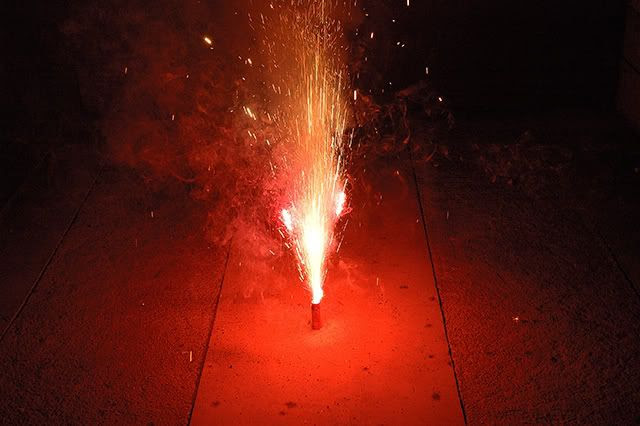 Sant Joan's Eve is not the best day for people with sleeping disorders. Unless you live far from civilization or up in the top floor of a tall building, you will find it hard to get a good sound sleep in Barcelona. As you know this celebration is about partaking with friends in the open at night fully armed with all the pyrotechnic gadgets you could afford to buy in the authorized stalls spread all over the city (they are on sale long before the day arrives). Firecrackers who had initially been heard during previous weeks, suddenly increase the number of decibels, dogs go mad, people get drunker than average, kids go to bed later than ever and the night becomes day, or better said hell on earth. The following morning as you can expect it is as quiet as a post nuclear scenario with just one exception, the constant swearing of the garbage men.
Posted by Carlos Lorenzo