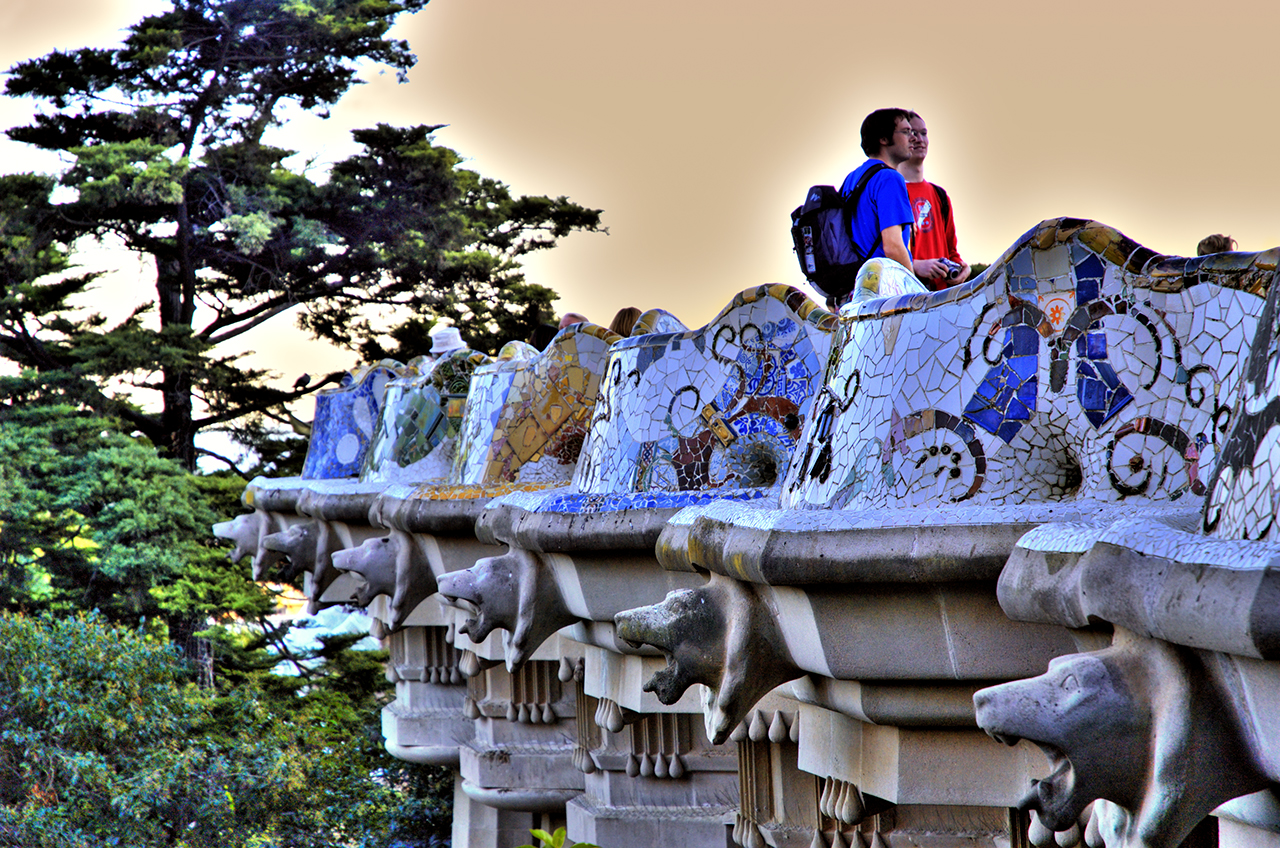 Like the water that flows through these small gargoyles or spouts connected to a gutter, visitors of all kinds come and go as part of the many Tours of Barcelona to enjoy the architectural design of a master applied to the natural environment of the mountain, in other less pompous words, Park Guell, the whim of a visionary architect, Antonio Gaudi, who was commissioned by Eusebi Güell i Bacigalupi, Count, textile industry businessman, art patron and friend.

Following the Count's idea he was supposed to build a luxury garden city made of private plots surrounded by common greens, based upon a British model by Ebenezer Howard thus the name Park and not Parc as in Catalan. The project was interrupted in 1914. Only three plots had been sold from a total amount of 60. The estate was sold in 1918 by Eusebi's heirs to the city council and became a public park.

Recommended: Some good tips for a Tour in Barcelona can be found in the travel section of The New York Times as Fodor's Choice
Posted by Carlos Lorenzo