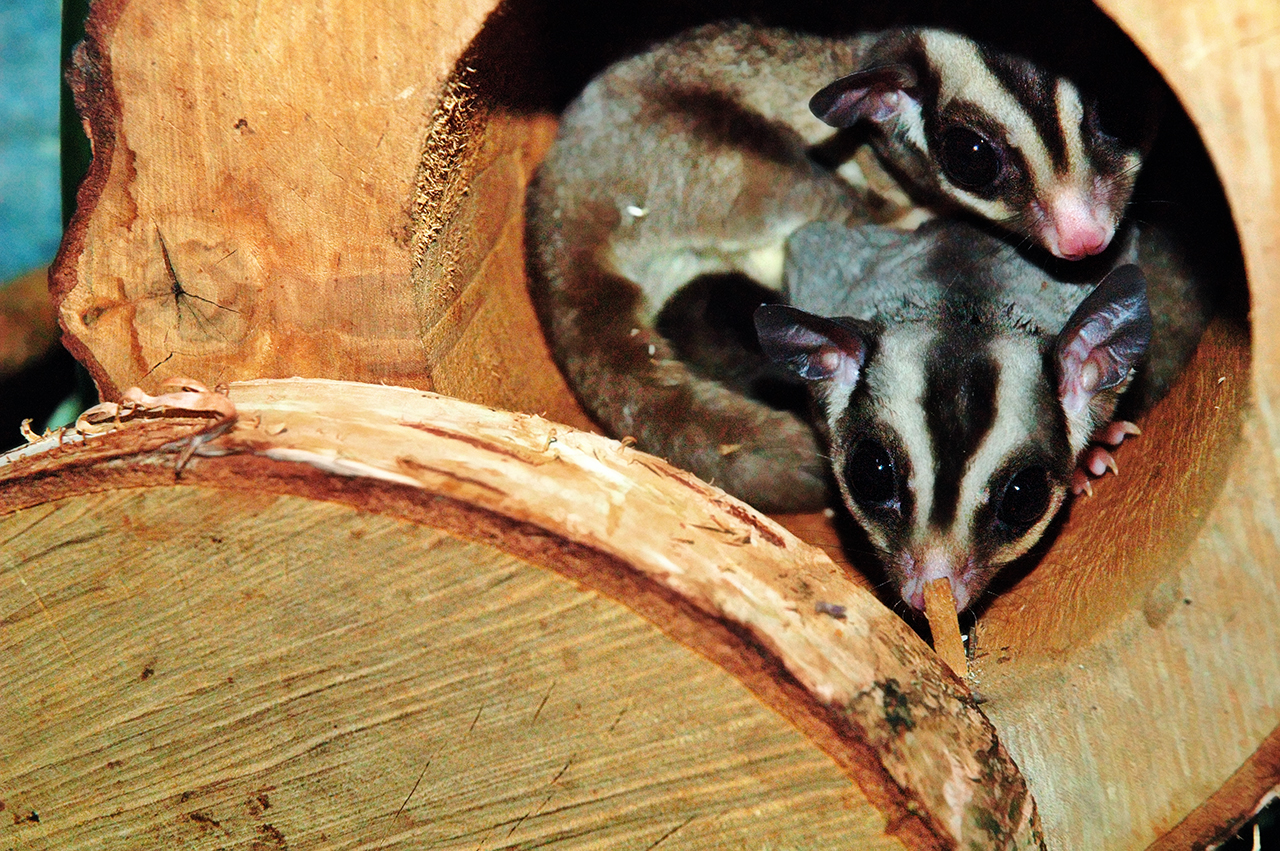 As exotic animals seem to have a big audience in Barcelona Photoblog, let's talk about Marsupials, in this case, a couple of petaurus breviceps or gliding possums aka Sugar Gliders. Small animals that resemble squirrels, originally from Australia and New Guinea (North of Australia). Australians visiting this blog might say "hey that ain't exotic at all". Any animal coming from the other side of the world (New Zealand is Spain's antipodes)looks pretty exotic to me.

Sugar Gliders are around 16 to 20 cm, they have a membrane that runs from the forelimb back to the hind foot which allows them to glide from one branch into another. In fact I have a picture of the petaurus made to fly on purpose but totally blurred and maybe offensive for animal protectors (my friend just wanted to show me how it glided). As far as I know it is illegal to have Sugar Gliders as pets in some states in the USA. In Spain it is the only legal Marsupial.

Why Sugar Gliders?, they eat tree sap, gum, nectar, pollen, manna and honeydew although they don't say no to a juicy cricket (this I witnessed!). They don't like to be alone and utter a unusually loud shriek for its size when at stake. And that's all folks. Yes, you didn't click on an online pet store link by mistake. This is, still, a photoblog about Barcelona. Have a nice weekend.