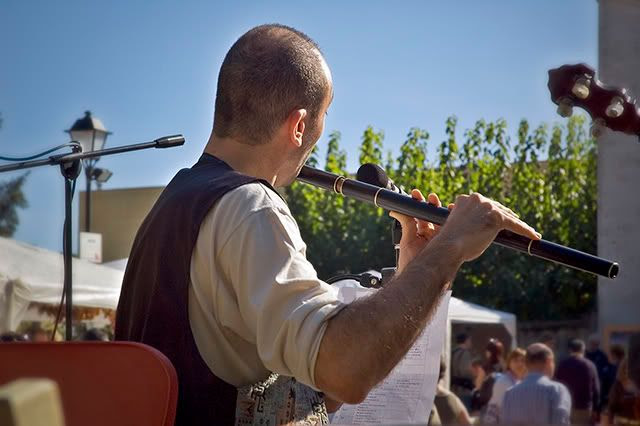 This musician was performing with the rest of his quintet some sort of celtic music at the Mushroom Fair in Sant Iscle de Vallalta, near Barcelona. There was not much to photograph since the audience was there for the food and the last bright sunny days of the fall. I thought the pose by itself denoted concentration so I applied some blur effect to isolate him from the rest of the world. I think I did him a favor.
barcelona barcelona+photoblog barcelona+photos barcelona+pictures barcelona+photography barcelona+images nikon+d70s
Posted by Carlos Lorenzo