La Pedrera or Casa Mila by Gaudi: Balconies and Ironwork 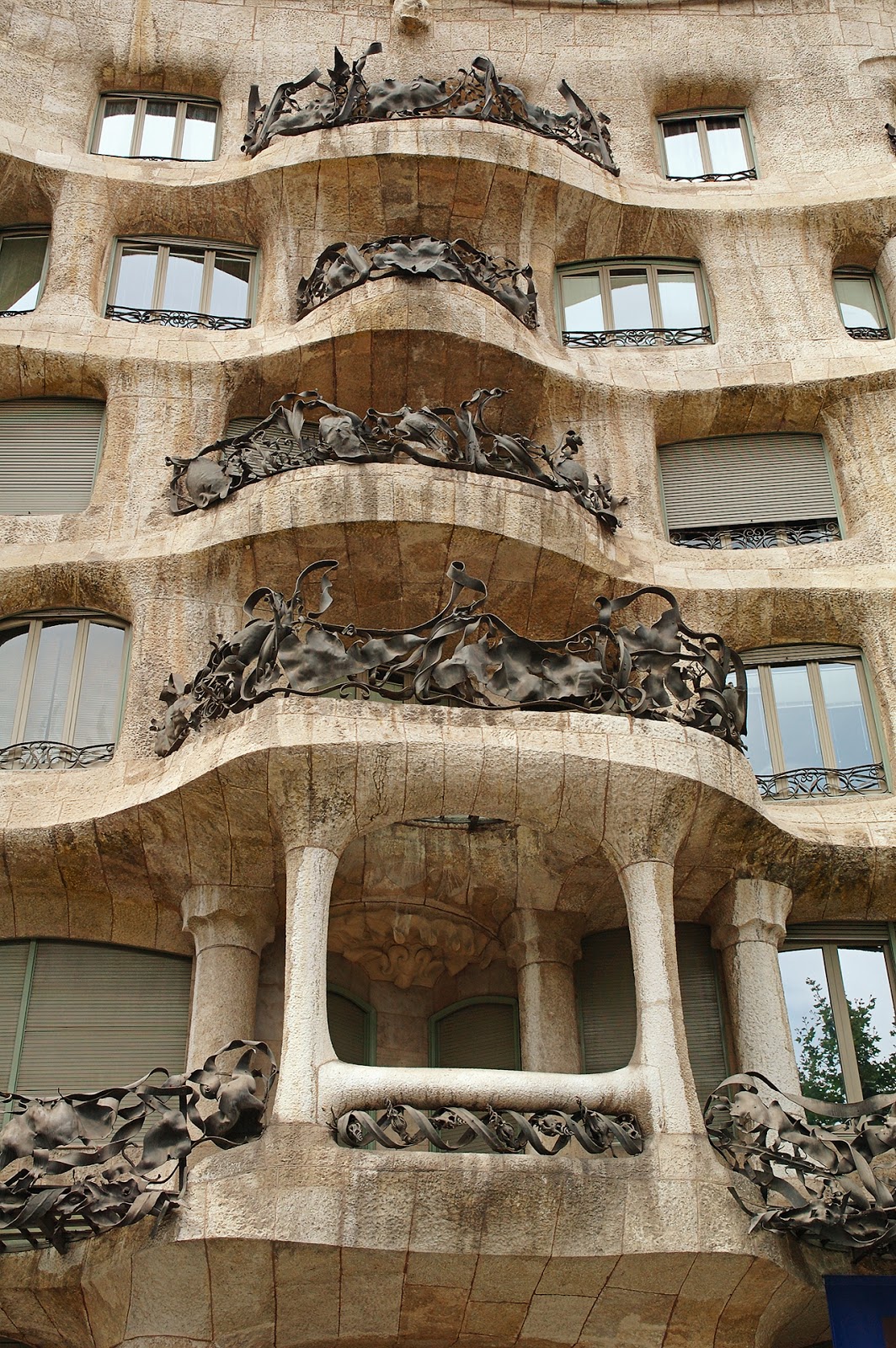 Casa Mila by Catalan architect Antoni Gaudi is logic defiant, even hard to frame properly with the camera!.

This modernista house is also known as La Pedrera (quarry) and has been featured in my blog several times.

Today I just want to concentrate on that set of irregular balconies with elaborate and impossible ironwork.

As you notice, the stone is cut and aligned in such manner that the balcony appears to undulate, like foamy waves that cast seaweed upon the shore.

Of course the seaweed would be the floral adornments in the wrought iron.

Gaudi was commissioned by the industrialist Pere Milà to build Casa Milà in 1906 and finished it in 1910.

It's a Unesco World Heritage Site since 1984 and thanks to Caixa de Catalonia (the bank that bought the building) it was restored and opened to the public in 1996.
Posted by Carlos Lorenzo