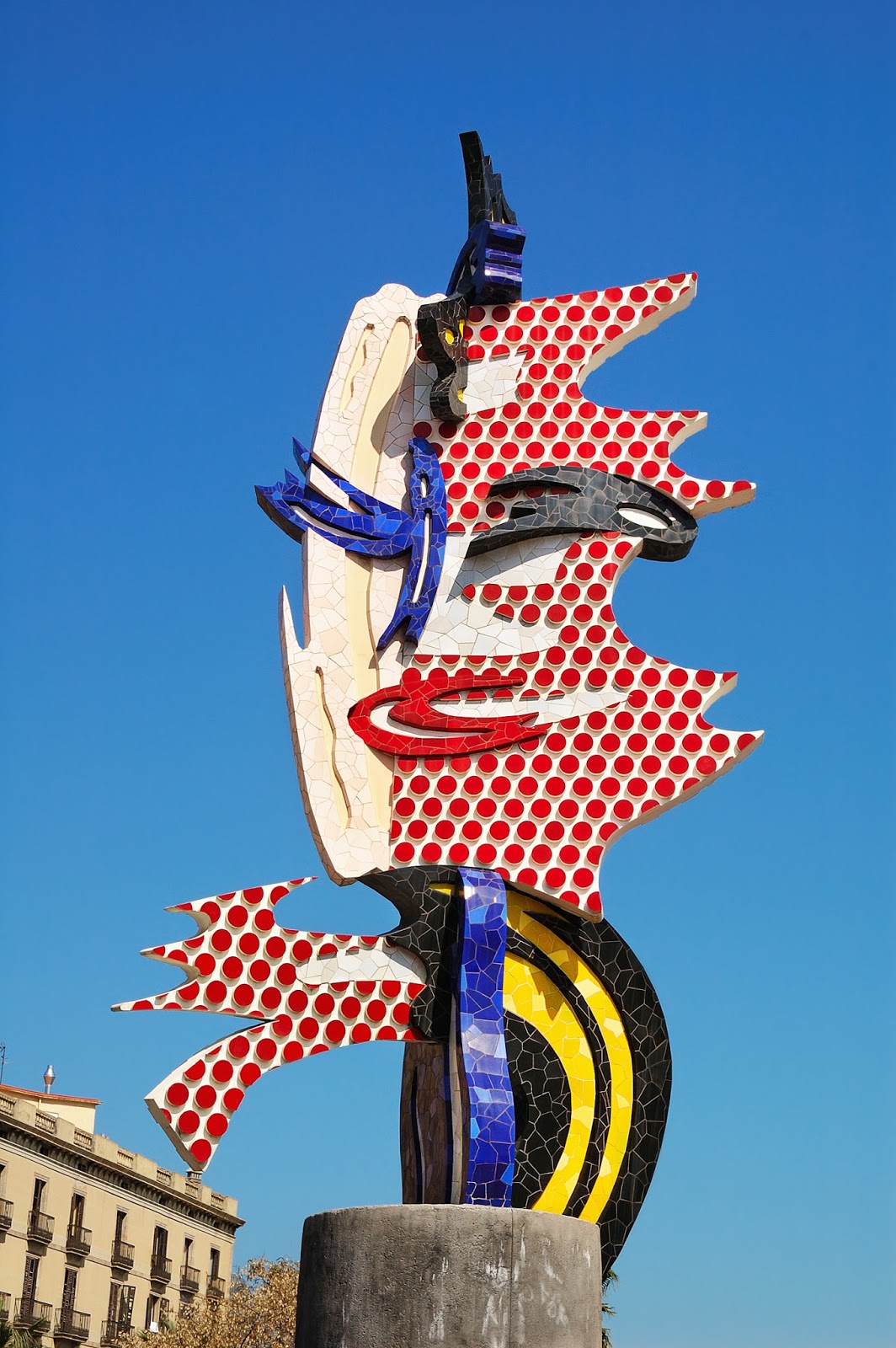 Barcelona Head, a sculpture by famous pop artist Roy Lichtenstein can be admired at the end of Moll de la Fusta, that is, the north eastern part of the harbor area (check this google map with the exact location).

Roy was appointed Amici di Barcelona in 1993 by Pasqual Maragall, city mayor during the Olympics. In fact this sculpture was inaugurated for the 1992 Barcelona games as part of the important transformation the wharves underwent during the early 90s. Its 64 feet of concrete and ceramics reminds you of some famous pop art work by the same author: Girl With Hair Ribbon, 1965.
Posted by Carlos Lorenzo