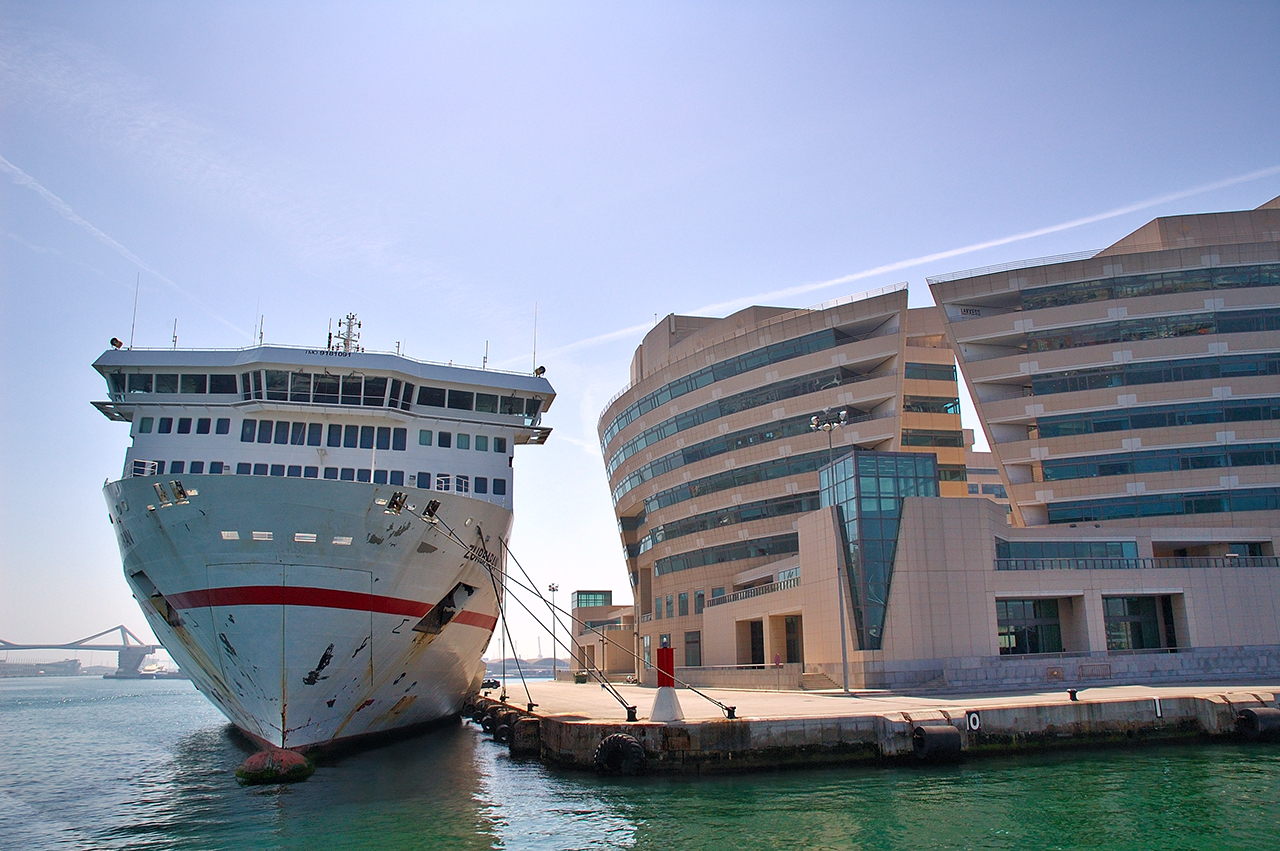 This is a close look on World Trade Center Barcelona (WTCB) at the end of Moll de Barcelona (moll means "wharf"). Built by Henry N. Coob of Pei, Coob, Freed & Partners, also known by his Hancock tower in Boston, WTCB is an eight storey complex divided in four buildings. Three of them, WTC North, WTC South and WTC East hold offices and the fourth is the Eurostars Grand Marina Hotel. Grand Marina with its 273 rooms is a 5 star GL hotel. I got this picture from the deck of a sightseeing boat. If you use the cable car or teleferic which happens to have one of his towers (Torre de Jaume I, the intermediate station which is 158m/519ft) in front of the hotel you will have a privileged aerial view of WTCB and the cruiser terminals on the same wharf. Zurbaran is one of the ships that belong to Acciona Trasmediterranea, a company sailing to the Balearic Islands, the Canary Islands, Ceuta and Melilla. There are international cruises in Barcelona port too departing from Adossat Wharf nearby but that is part of another story.