Reflections on a Wine Porron 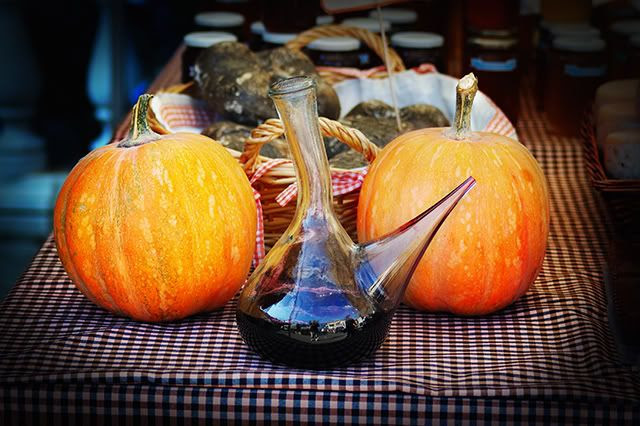 Wine is served sometimes in recipients like this at food market stalls and they are known as a porron. George Orwell gave a great definition of this typical Catalan container: "…and drank out of a dreadful thing called a porron. A porron is a sort of glass bottle with a pointed spout from which a thin jet of wine spurts out whenever you tip it up; you can thus drink from a distance, without touching it with your lips, and it can be passed from hand to hand. I went on strike and demanded a drinking-cup as soon as I saw a porron in use. To my eye the things were altogether too like bed-bottles, especially when they were filled with white wine" (Wikipedia). The porron is available for possible clients to quench their thirst while they try samples of some products and make up their minds. More than often, they finally buy something, now that the stall owner has treated them so well, although some people take a good sip, eat all they can and leave empty handed. There are authentic professionals doing this, but the fact they are over there fluttering around attracts more possible consumers so we can say they act as bait. Well, as an anecdote, that's me reflected on the porron of this Monistrol market stall.